National Bank of Dominica Ltd (NBD) is celebrating its 40th Anniversary and continues impacting people and communities throughout Dominica. Bank employees undertook two projects in Portsmouth and touched the lives of one family in Point Michel.

On Saturday 11th August 2018 NBD executed a project Portsmouth under its Beyond Banking Staff Volunteer Program. The Program, held once a quarter, allows staff to give back to their communities, by securing funding from the Bank to undertake meaningful projects they have identified within their communities.

The Beyond Banking Team, in collaboration with the Portsmouth Amateur Basketball Association (PABA), worked earnestly to restore the Portsmouth Basketball Court, which was destroyed by Hurricane Maria. The court serves as home to not only basketball teams, but to netball and volleyball teams in Portsmouth and surrounding communities. The renovation of this court will reinvigorate a large number of players who are eager to play and compete as they did before.

President of PABA, Mr. Earl Matthew, was pleased with the project and extended profound thanks to the Bank.

Also forming part of outreach activities were projects initiated and funded by two teams of NBD staff. Within the past few weeks, the Cash Processing Unit of Roseau donated grocery hampers to a family in Point Michel who lost their home and family during the passage of Hurricane Maria. The Portsmouth Team undertook a beautification project at the Sunflower Preschool, who recently observed a twenty-year milestone. Both recipients were overjoyed and expressed appreciation to the teams.

Managing Director at NBD, Mr. Ellingworth Edwards, said he holds volunteerism dear to his heart and commended the teams for their efforts. “At, NBD we are cognizant of the fact that it is the community that raises the staff who is employed by the Bank, and we recognize the importance of our social responsibility to give back.”

In March, NBD observed its 40th anniversary with week-long activities, celebrating staff, customers and other stakeholders. The Bank will continue to convey gratitude in various ways throughout the year. 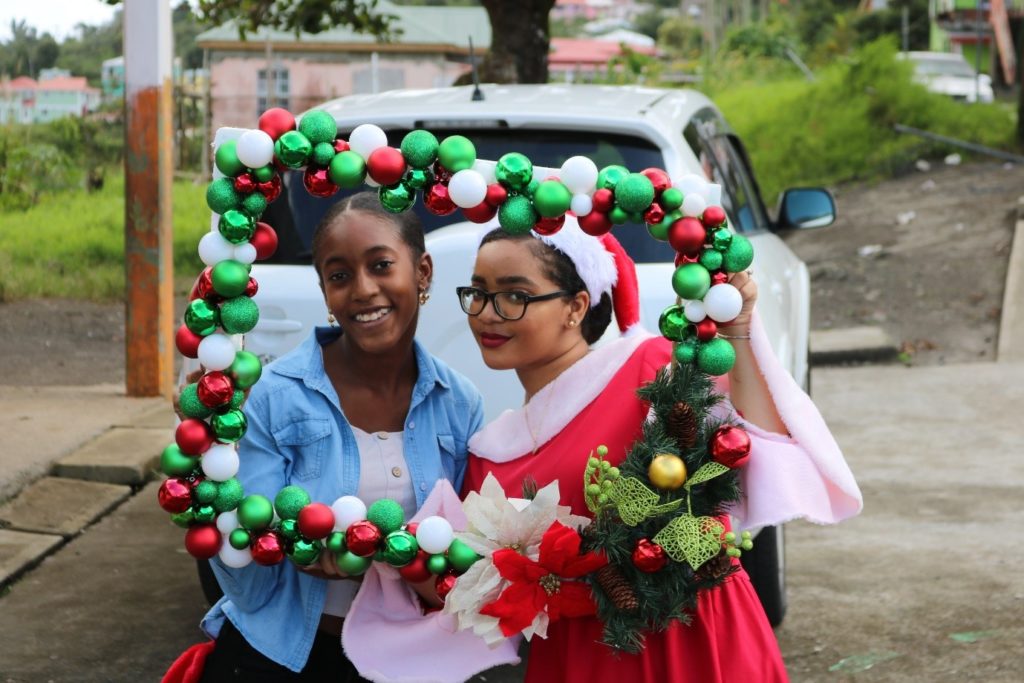 Member of the Caribbean Association of Banks | Banking License